Only professional experts have probably heard about Martins Saulespurens who developed a famous mike and became a co-founder of a leading company with Skipper Wise. Meanwhile, the trademark that appeared thanks to him is known to all. This is Blue Microphones. It started activity over 2 decades ago but the changes it brought to the market became revolutionary. We are going to review its most famous product Blue Yeti and some other products created by the company.

This is a helpful Blue Yeti review for beginners. It’s appropriate thanks to profitable price tag offered by its manufacturer. The option is a splendid purchase for bloggers/vloggers/podcasters just starting their activity due to its efficiency, economical solution and excellent sound quality. It’s not necessary to process the sound as studios do. Therefore, it suits those who are concentrated on the result without thinking about technical issues.

High-end studio mics regarded here present different polar patterns. It’s multi-pattern feature accounts for its versatility. The Yeti unites 3 capsules featuring 4 patterns. Therefore, the device can be used in a variety of ways depending upon the goal.

The pickup mode of Blue microphone also called bidirectionally. It means that the mic captures sound from the front direction and from the sides fully diminishing sound from other directions and rejecting it.

The omni mode captures sound from all angles. When the talk between multiple participants is recorded, this is an ideal pattern. But the result includes more noise and hiss.

Prefix bi stands for ‘two’, so the mode captures sound from two directions: the front and backside of the mic, minimizing the sound of sources from other directions.

This model provides an excellent solution for music. The signal is cleaner and the result is superb. It’s noticeable when multi-channel systems are used.

There is a headphone jack on the device along with features also placed there.

At this, the microphone has several presets for recording. It turned out that one can use the product to record the conferences in the office. Also, the musicians can use the item as well. It includes all the necessary features needed for singers and musical performers. The volume button located in the front of Yeti microphone controls the headphone volume.

The microphone captures a lot of background noise along with the source, therefore, it’s necessary to care about the gain of Yeti microphone. One should adjust settings to make it appropriate for work. The gain of the mic should be as low as possible for effective performance. High gain is going to distort the result, while with zero gain the person doesn’t hear anything.

The Yeti microphone has a convenient button that makes the mic mute immediately. This is very useful during recording when some unexpected situation occurs.

The application of the microphone is incredibly easy. One just needs to plug it via USB port and it’s at your disposal. One of the biggest benefits of the device is its connection capability. Plugging it computer, the novice can immediately start his activity. It’s not necessary to download the drivers for it. The support of 2channel, 16bit audio at 48kHz doesn’t require drivers. This is the case with this model. The musicians find it convenient because they are able to download the digital file without delay. It’s worth noting that zero-latency monitoring is a very convenient feature for musicians.

The stand of the Yeti is rather reliable and steady but not all are satisfied with its size. The consumers complain that it’s not suitable when you have many items on the table. However, it’s rather comfy when you have enough space for it. The rotation of the microphone is not problematic when such a steady stand is used.

The main benefit of Blue Yeti is its quality and reliability. However, some consumers are not pleased with the fact that it’s sizable.

Users making videos or streaming online find this mic an excellent acquisition. The Yeti model turned out to be very successful and highly demanded among the users. Some consider it compact enough, others are not pleased with its big size. The weight exceeds 1,5 kg when it is with a stand. However, it’s all compensated by the quality of sound.

Those who want to get the most of their Blue Yeti microphone should use it with Blue Sherpa app that presents fast and direct control options via desktop. Switching of polar patterns, muteness feature becomes available for headphones and microphones. One can also fine-tune gains as well as do other changes for an excellent result.

The item is weighty as it has a solid build. It’s not made of plastic but includes many metal components. Even if the owner scratches the surface of Blue Yeti, it won’t be broken.

When you put it on the desk, it looks rather impressive. The appearance of the device is the main factor why the model became so popular.

It’s not a problem to customize Blue Yeti mic and add a pop filter to it though it’s not required. It’s also possible to place it on a special fixture if necessary though even the standard one doesn’t take much space. The cost of optional extras can be pretty high therefore one should regard if these things are really necessary for home studio quality. Some of the accessories are not very practical for PC desk but if they considerably improve the quality of sound and you can afford them, this is a good idea to purchase these items.

The accessory was also manufactured by Blue. The item is ideal for use with different models of the company. Made in vintage style, it isolates the devices from vibrating surroundings. Its weight is lighter than its predecessor the model was based upon. It was specially designed to function with Blue Yeti and its Pro USB model.

The item is sleek and nice. It was designed for effortless use. One just needs to adjust the tension screw at the base of the accessory. It’s applied either for tensioning or loosening depending upon the state of spring. The model features compatibility with other standard shockmounts so it’s universal. It’s possible to attach any Blue Yeti microphone to this boom arm without shockmount.

The item has an unusual shape and way of attachment to the device. The consumer gets it fixed on the mic’s housing. Provided with metal mesh and rubber bands, it’ll entirely cover the body of the Yeti device.

The capability of polar patterns change is one of the benefits of this device. There’s proprietary tri capsule development on its basis that makes the reviewed product unique. It’s necessary to understand its structure to get high-quality performance. Its construction made it a side-address microphone, so don’t address its top end. Take the side position to speak or perform.

The size of the microphone also contributes to the quality of the sound.

The device does not act purely as a microphone. It also serves as a headphone amp. The output impedance (16Ohms) is higher than that of many mics thus providing stability of the sound.

Blue Yeti is rather substantial, including many features. It features, for instance, in-built headphones amp. And it’s not necessarily blue. The color variation is quite huge though the original model has a silver finish. The name of the company has nothing to do with color. It’s an acronym for the motherland of the founder – Baltic Latvian Universal Electronics.

Most reviews point out that it’s one of the best devices on the market. Reviewing the model, we also came to this conclusion. But it’s worth using the device long to see the full list of advantages.

Blue Yeti microphone has become an iconic feature among Internet users. In comparison with other brands that established the reputation long ago, this brand came to the market not that long ago but has already received this status. It really deserves it. If you need to buy a microphone, this model is definitely worth considering. There are a lot of stylish accessories developed for Blue Yeti series. Its look is great, and the sound is incredible. Besides, the overall quality build is superb. It doesn’t look like a cheap microphone, but the price is affordable for the value.

For PC 0
Old-Timey Microphone Everything new is well forgotten old. This rule works in many areas

MIcrophones 0
Should you expect anything good from microphones of the lowest budget category? Most people
Leave a Reply Cancel reply
Recent Posts 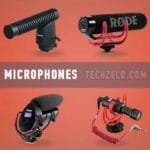 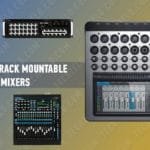 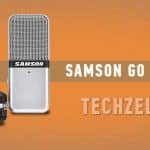